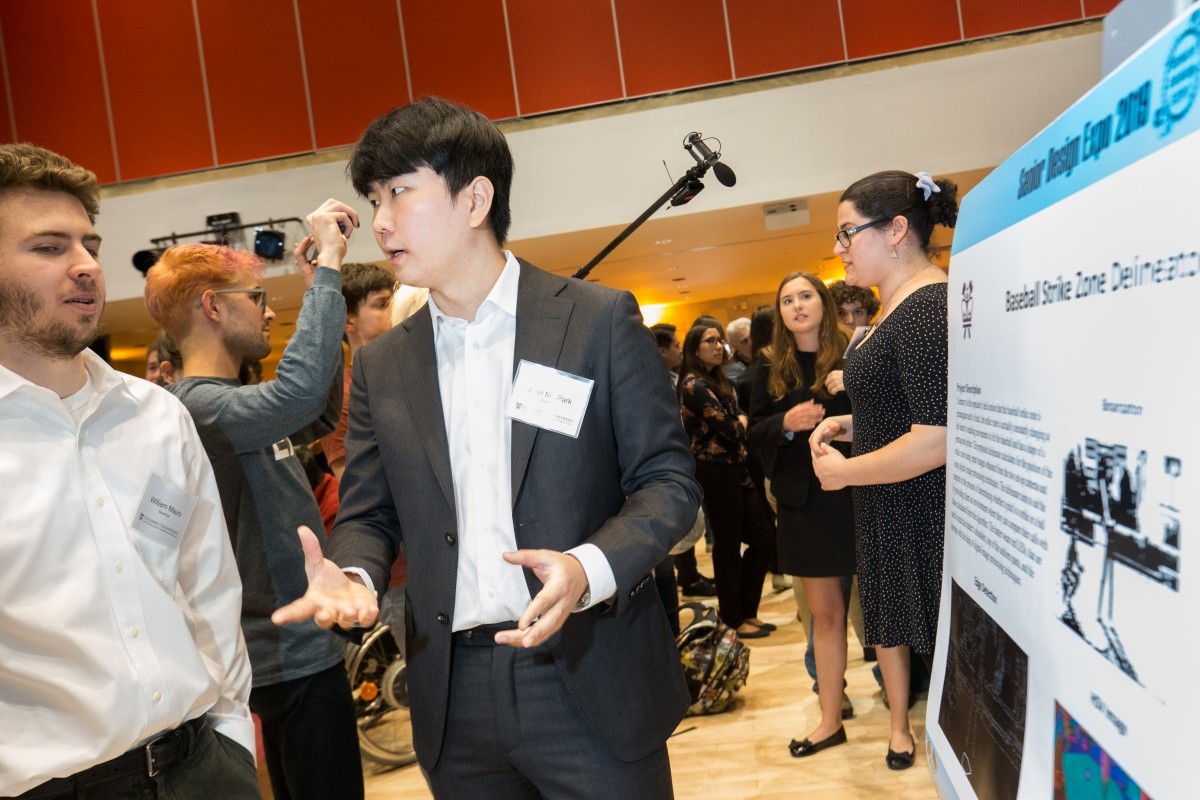 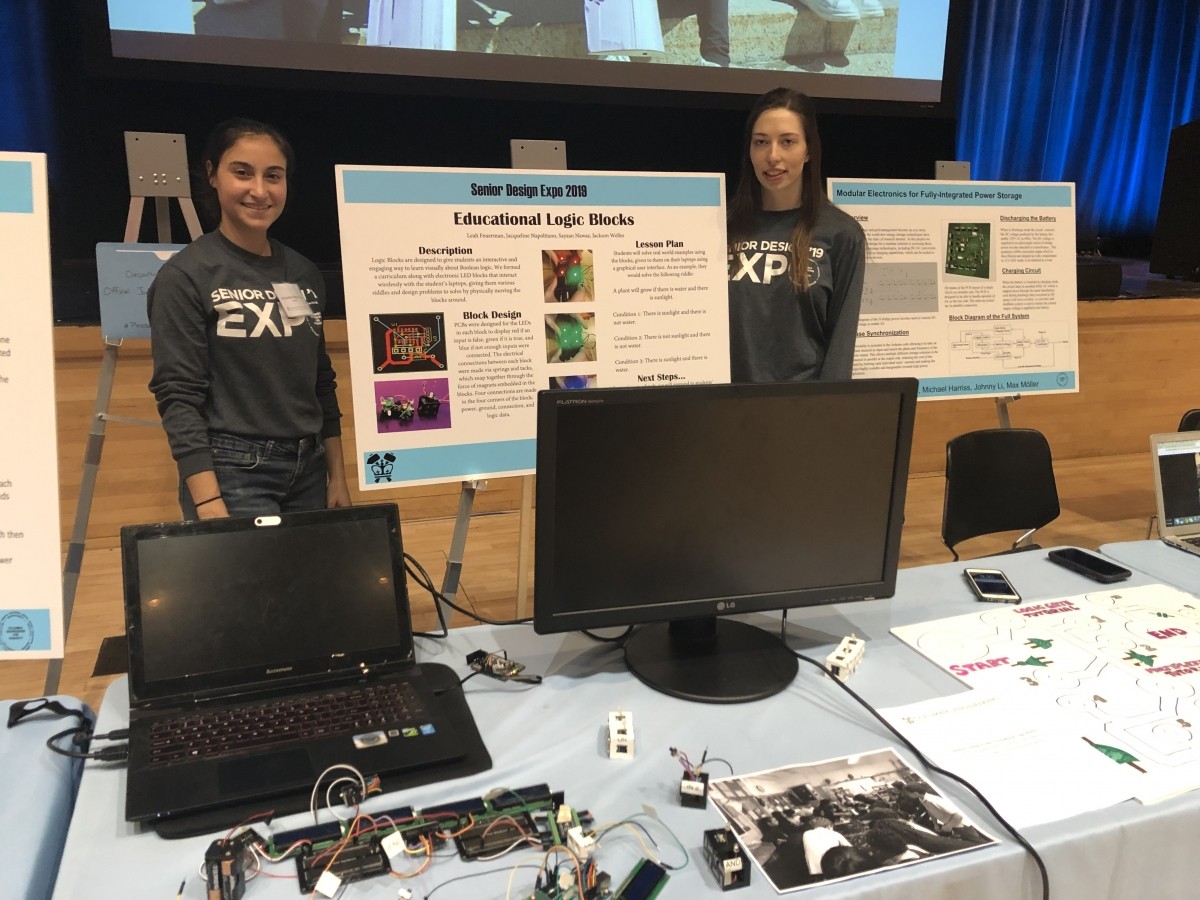 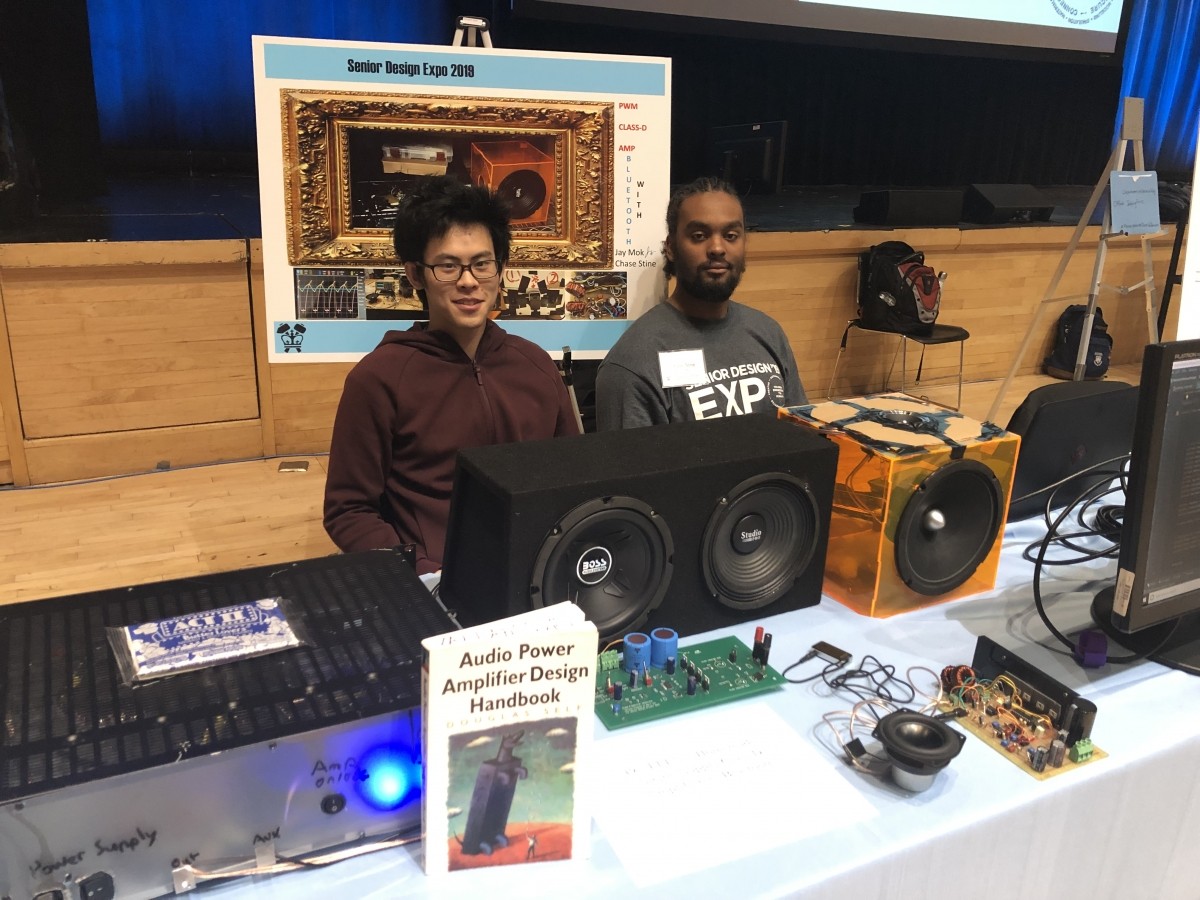 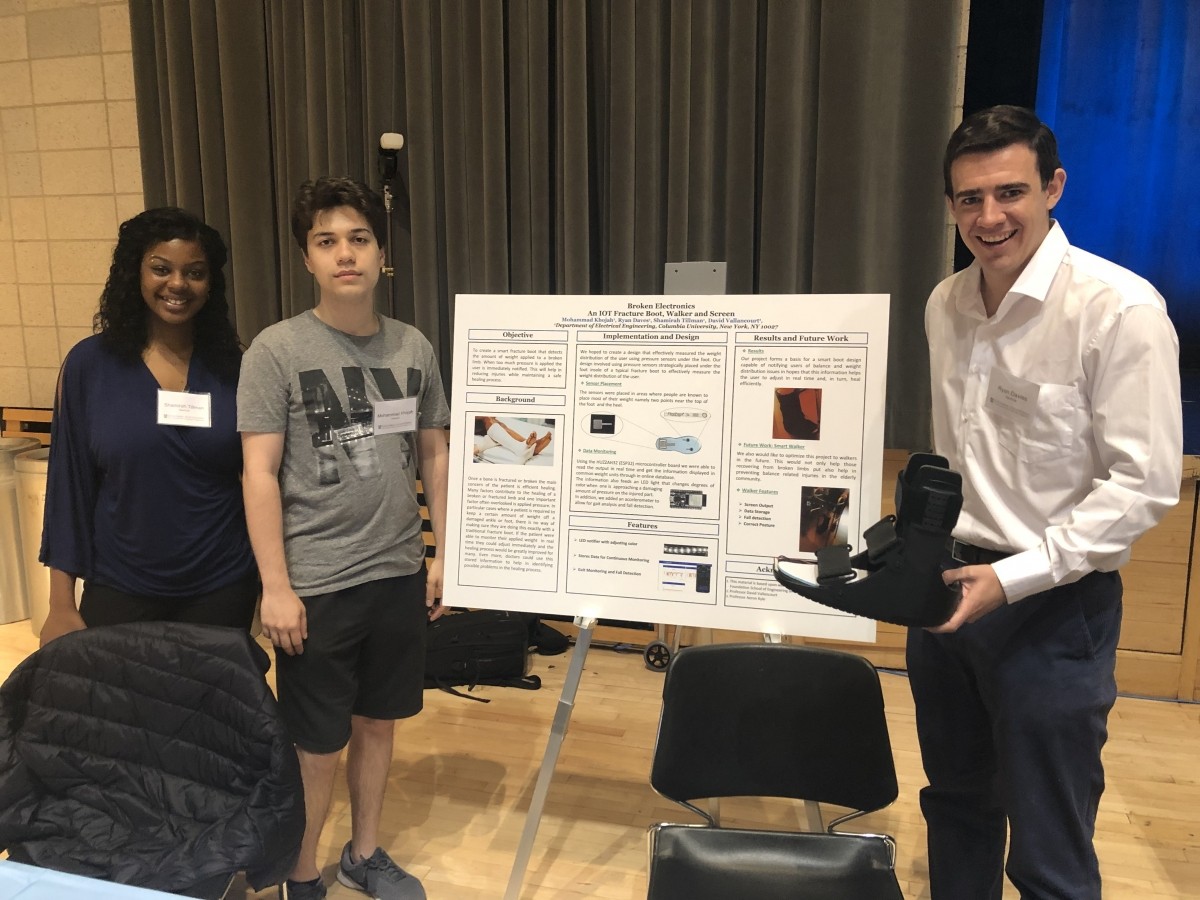 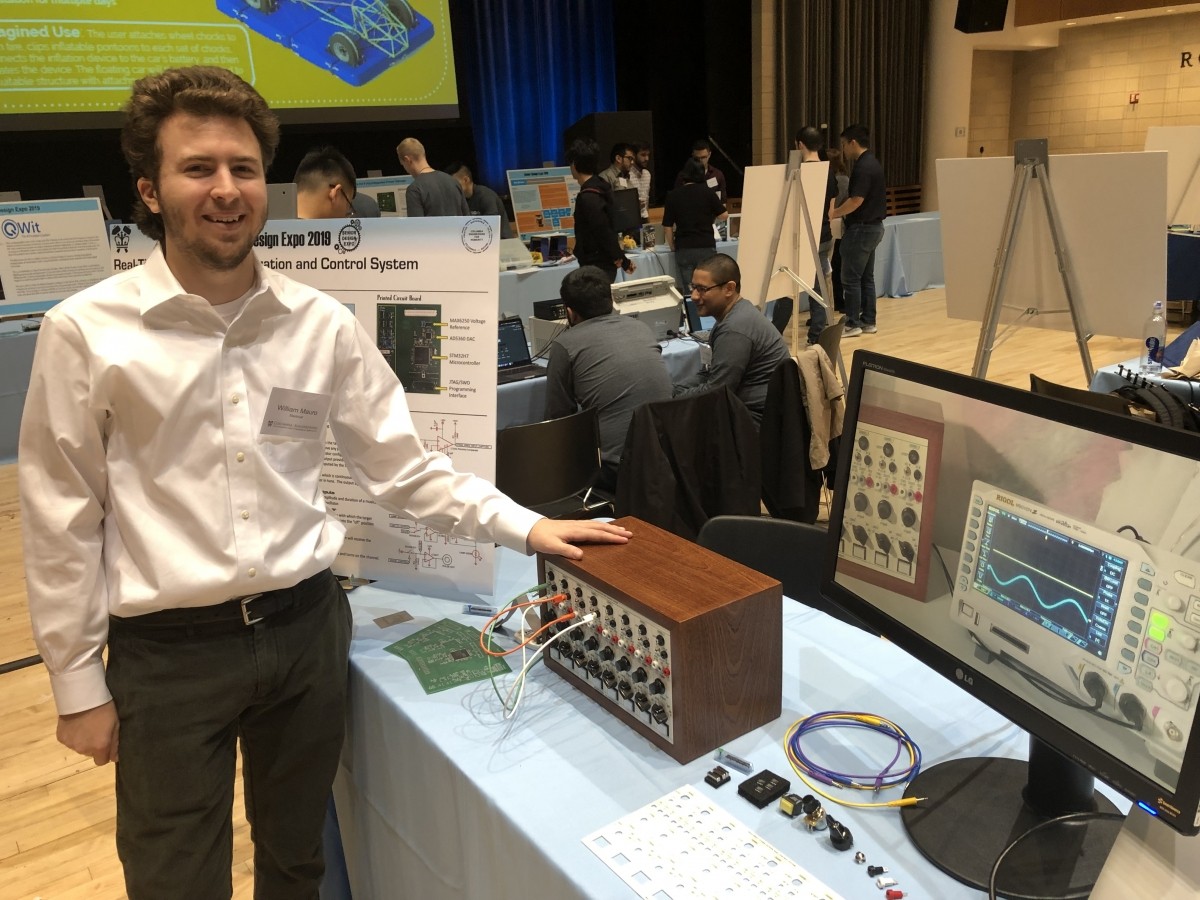 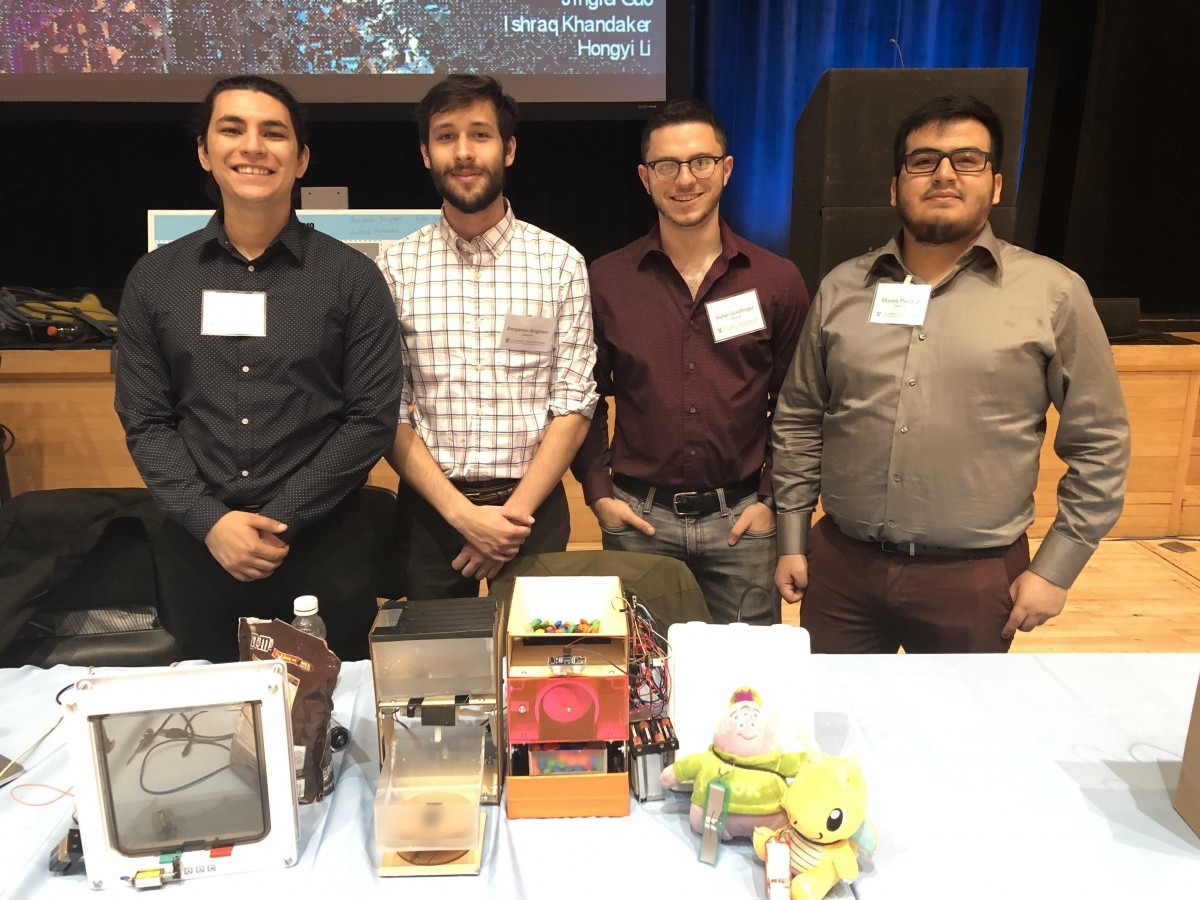 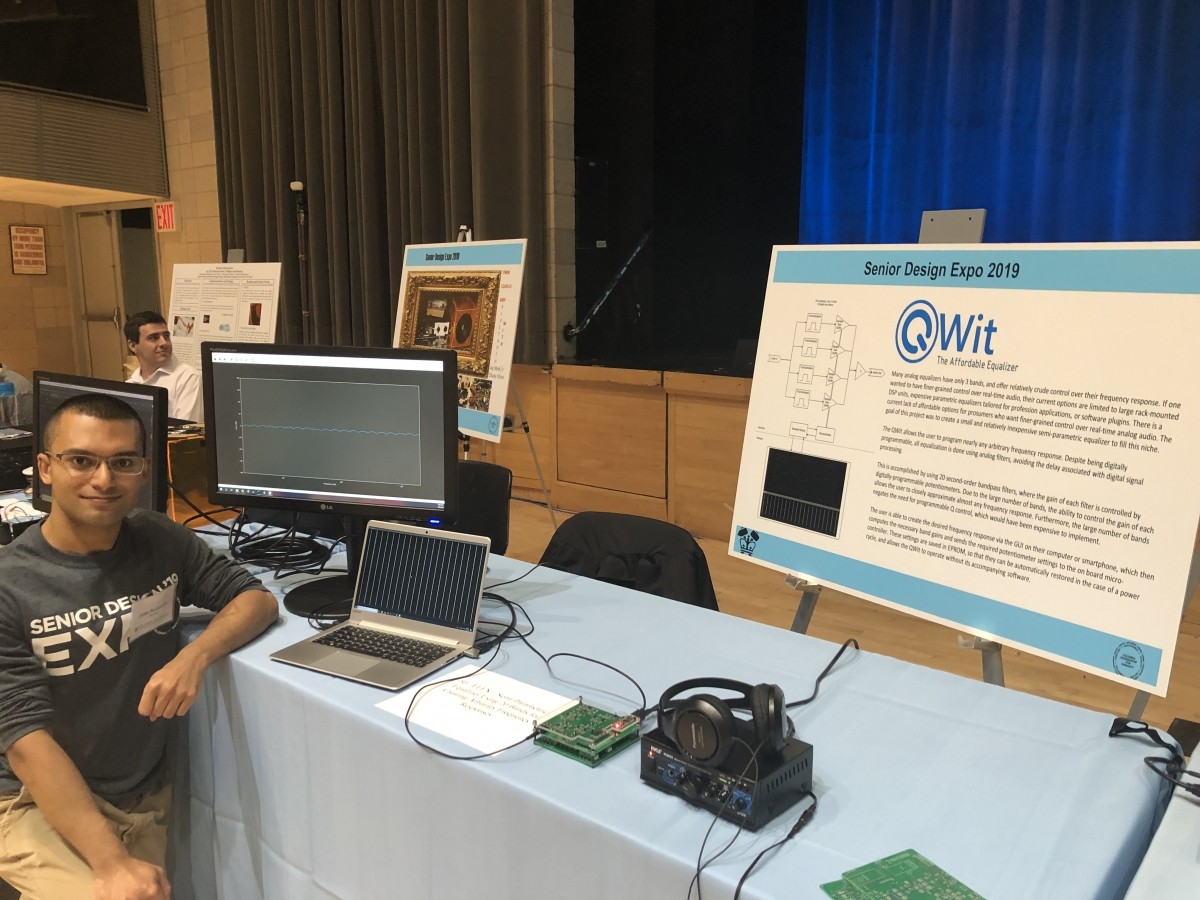 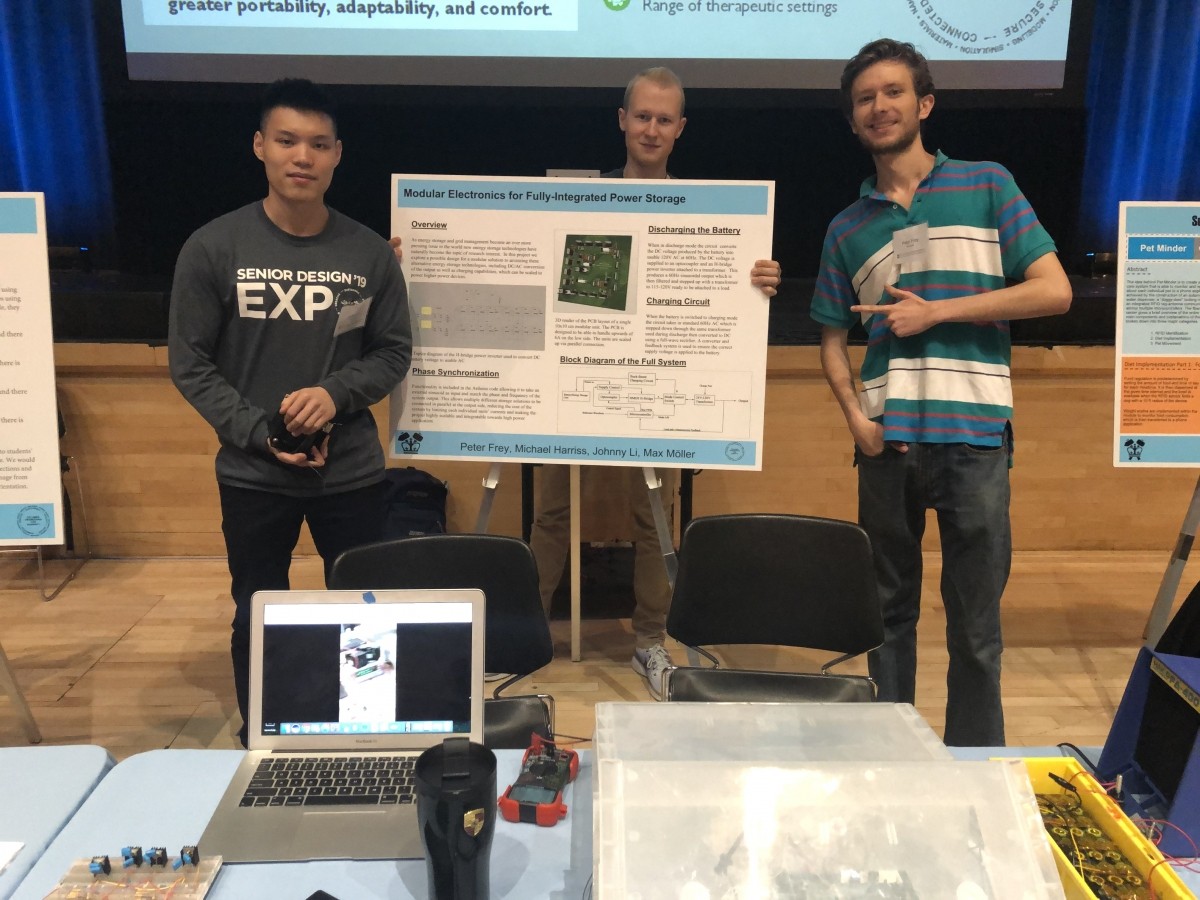 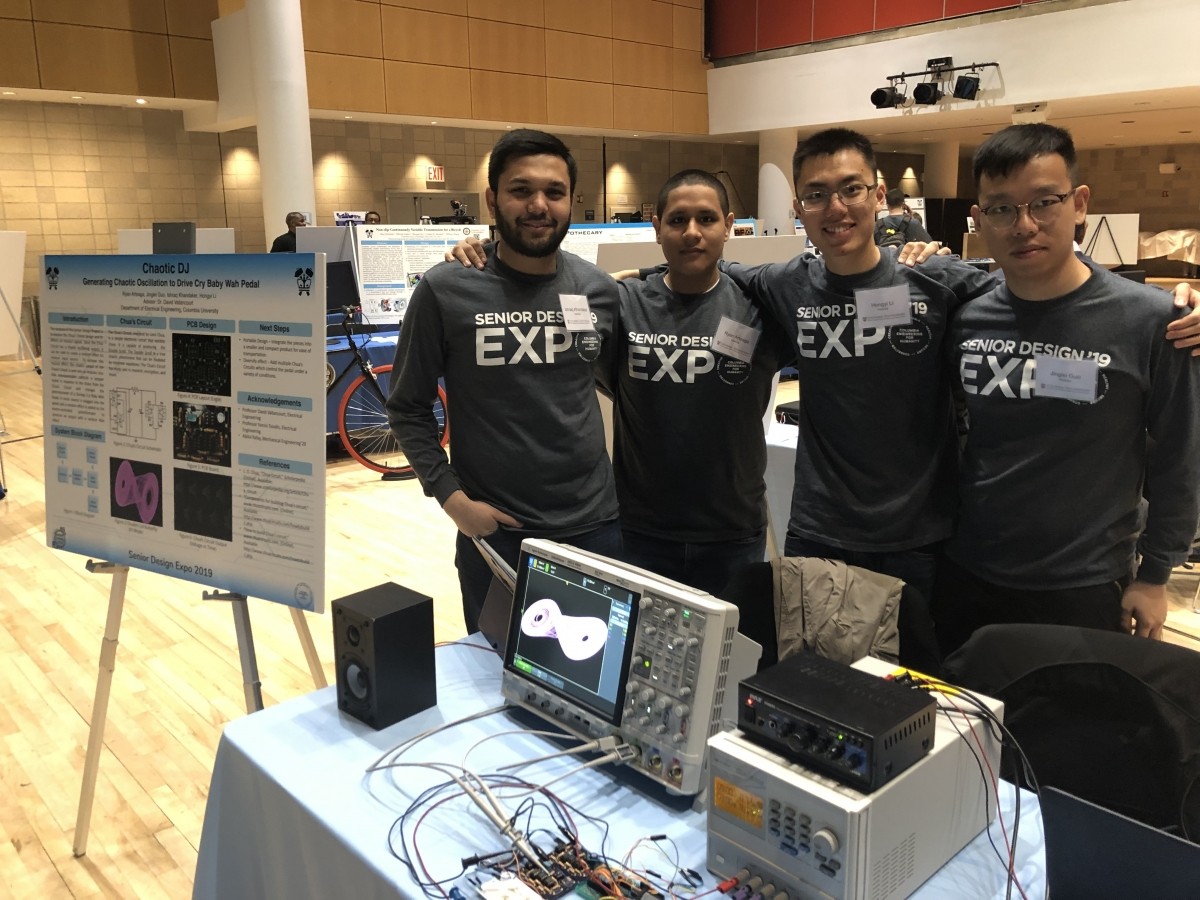 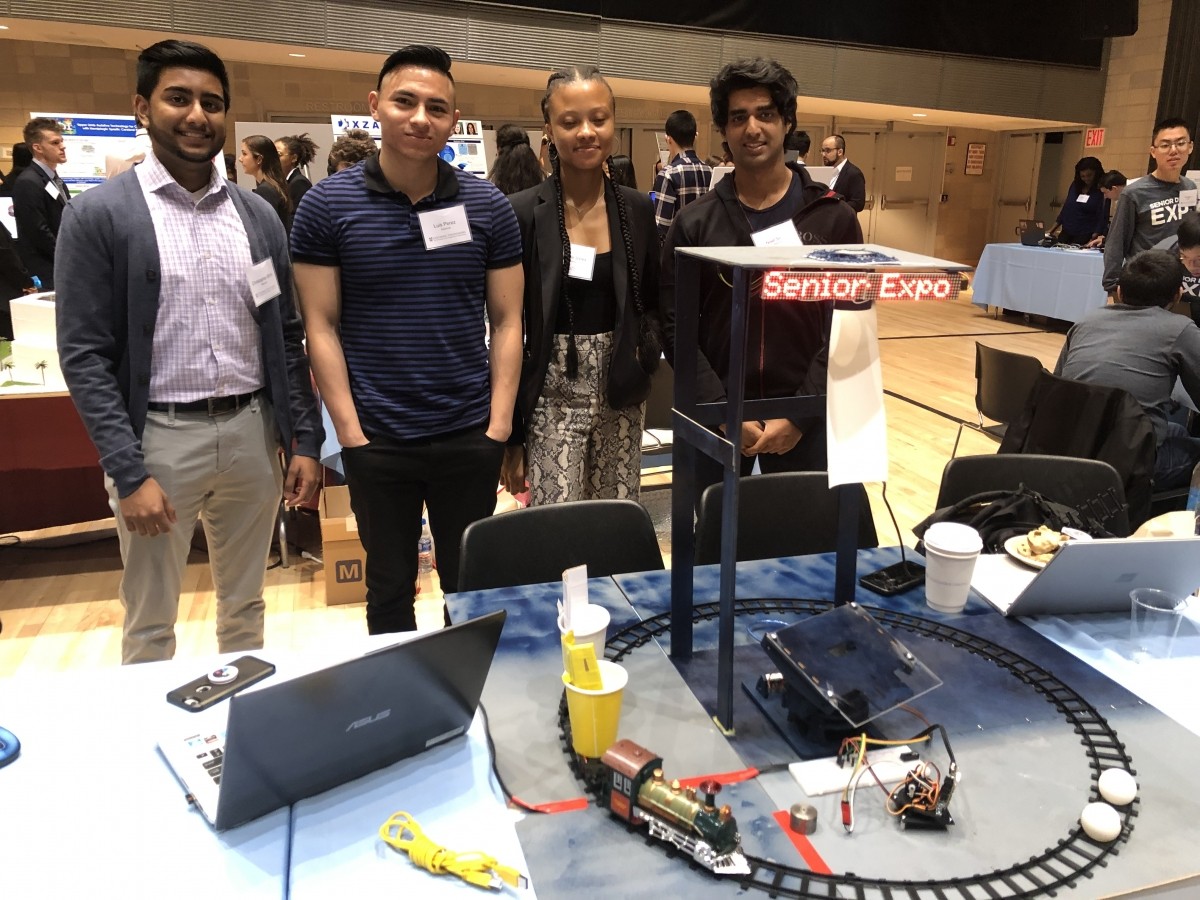 Joon Mo Park built a baseball strike zone delineator. Contrary to the popularly held notion that the baseball strike zone is rectangular and is ﬁxed, the strike zone is actually constantly changing as the batter is making movements to hit the baseball and has a shape of a pentagonal prism. The proposed delineator calculates for the position of the strike zone using input images obtained from the two set-up cameras and using digital image processing techniques. The delineator aims to aid the umpires in the process of determining whether a pitch is a strike or a ball by providing them an environment where they can compare their calls with those calculated from the algorithm.

Leah Feuerman, Jacqueline Napolitano, Sayaan Nawaz, and Jackson Welles worked with Columbia Secondary School to develop an educational game to teach students the fundamentals of computer hardware and logic. This project allows students to build their own logic statements using their hands, and see the results with both a computer interface and the structures they build.

Using physical electronic logic blocks, students discover the principles of Boolean algebra as performed on binary signals. Each interconnecting block contains a simple circuit to deﬁne their functionality. Individual blocks will include AND, OR, and INVERT gates, INPUT and OUTPUT variable blocks, TIMER and binary COUNTER circuits, as well as a POWER supply block. A GUI presents the students with logic prompts and allows them to deﬁne the INPUT blocks based on the riddle they are solving.

Ryan Davies, Shamirah Tillman, and Mohammad Khojah built an IoT fracture boot. After breaking a bone, the process of recovery is often delayed by putting too much weight on the affected area. Our project seeks to solve this common problem by providing real-time feedback to the patient and useful metrics to their physician. This was accomplished through the use of specialized sensors which read how much weight was placed in critical areas in order to display this information using LEDs and sent it to a database using Wi-Fi. Additional features included fall detection through use of an accelerometer that sent a message to the relevant caregivers. These improvements allow for recovery to be both safer and more effective.

William Mauro built a real-time frequency stabilization and control sysyem. Discrete analog oscillators are a common sound source in both modern and historic music sound synthesizers, however they have an unfortunate tendency to drift out of tune. In part, this frequency drift can be attributed to the varying characteristics of discrete solid-state components which intrinsically depend on the ambient temperature of the circuit. Additionally, over time, aging circuit elements may deviate from their listed specifications, and a once-calibrated oscillator may no longer behave predictably. In order to combat these difficulties, he developed a novel feedback control system whereby the frequency of an oscillator is continuously measured and adjusted in real-time by digital means in order to maintain precision tuning for any analog oscillator, no matter how unstable.

Benjamin Brigman,Asher Goldfinger, Anthony Gutierrez, and Moises Pena Jr. built an automated food and water dispenser. The idea for Pet-Minder is to create a system of modules that can identify a pet in a multiple pet environment, attributing a particular diet, monitor movements, and relay information about each one to a phone application. This is achieved by the construction of automated food and water dispenser and a “doggy-door” module alongside RFID tag communication with multiple microcontrollers.