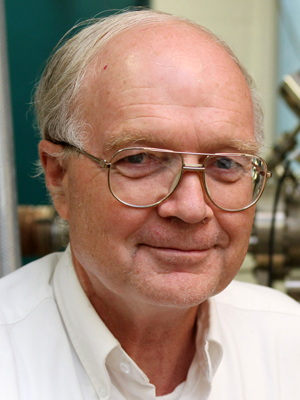 Richard Osgood is a Higgins Professor Emeritus of  Electrical Engineering and Applied Physics at Columbia University. He is in the inventor of many lasers and microsystem processing methods; he has also discovered many new physics and phenomena in chemistry and surface physics, generally connected with light interactions with matter. His research on Optical Devices and Science focuses on the development of next-generation optical device, their applications, and their basic physics. His research group includes 12 PhD students and 2 Postdoctoral fellows. Professor served as an associate director of Brookhaven National Laboratory from 2000 to 2002 and its acting Nanocenter Director, 2002. Professor Osgood was a cofounder of the Columbia Microelectronics Sciences Laboratories (MSL), and has served as director or co-director of MSL, the Columbia Radiation Laboratory (CRL), and the Center for Integrated Science and Engineering. He is a member of the OSA, AVS, ACS, APS, and MRS, and a fellow of the IEEE, OSA, and the APS. He has been an organizer and chair of many optics and laser based professional symposia and associate editor of the IEEE Journal of Quantum  Electronics (1981-88). Professor Osgood has served as a consultant to numerous research institutions and government agencies including MIT Lincoln Laboratory. He has served on the DARPA Defense Sciences Research Council and its governing board, the Los Alamos National Laboratory Visiting Advisory Board (Chemical Sciences and Technology Division), and the Brookhaven National Laboratory Science Committee (Vice Chair). Professor Osgood has also served as councilor of the Materials Research Society, as a member of the DOE Basic Energy Sciences Advisory Committee, and Chaired the Visiting Committee for all US BES Facilities in 2007. In 1991, Dr. Osgood received the R. W. Wood Award from the Optical Society of America, and was invited to deliver the plenary OIDTA lecture at the Japanese Optical Association. He also delivered plenary talks at CLEO and other major meetings and published 434 papers in peer reviewed scientific journals.