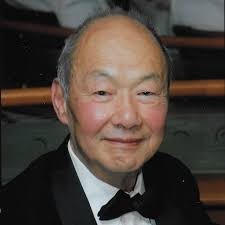 Omar Wing, Professor Emeritus of Electrical Engineering, passed away on December 28, 2020. A faculty member of the department of electrical engineering from 1956 until he retired in 1993, he served as department chair for two terms, from 1974-78 and 1983-86. He was also Professor Emeritus of the Chinese University of Hong Kong, where he was the founding Dean of the Faculty of Engineering and a faculty member of the department of information engineering from 1991 to 1998.

Wing, whose specialty was circuit theory, taught and did research in circuit theory, computer-aided analysis and design of electronic circuits, and design automation of very large-scale integrated circuits. He received his BS from the University of Tennessee in 1950, MS from the Massachusetts Institute of Technology in 1952, and EngScD from Columbia University in 1959.

Wing’s industrial experience included four years at Bell Telephone Laboratories (1952 to 1956), where he designed electrical filters for submarine defense and microwave filters for long distance communications. He held visiting professorships at universities in China, Denmark, England, the Netherlands, and India at various times. Most recently, he was a visiting professor at Shanghai Jiao Tong University in 2000, and at Fudan University in 2001 and 2002, teaching and doing research in radio frequency circuit design and simulation.

“Omar was a true scholar and educator, and a kind, warm human being," says Yannis Tsividis, Edwin Howard Armstrong Professor of Electrical Engineering, who was Wing’s colleague for many years and was hired by him at Columbia. "His impact continues to be felt around the world through his landmark research papers, his books, and his former PhD students who occupy important positions—many in academia—in the U.S. and abroad