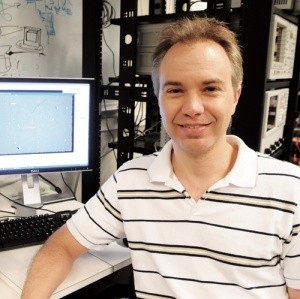 Kenneth L. Shepard  received the BSE degree from Princeton University, Princeton, NJ, in 1987 and the MS and PhD degrees in electrical engineering from Stanford University, Stanford, CA, in 1988 and 1992, respectively. From 1992 to 1997, he was a Research Staff Member and Manager with the VLSI Design  Department, IBM T. J. Watson Research Center, Yorktown Heights, NY, where he was responsible for the design methodology for IBM’s G4 S/390 microprocessors. Since 1997, he has been with Columbia University, New York, where he is now Professor of Electrical Engineering and Biomedical Engineering. He also was Chief  Technology Officer of CadMOS Design Technology, San Jose, CA, until its acquisition by Cadence Design Systems in 2001. His current research interests include power electronics, carbon-based devices and circuits, and CMOS bioelectronics.

Dr. Shepard was Technical Program Chair and General Chair for the 2002 and 2003 International Conference on Computer Design, respectively. He has served on the Program Committees for IEDM, ISSCC, VLSI Symposium, ICCAD, DAC, ISCAS, ISQED, GLS-VLSI, TAU, and ICCD. He received the Fannie and John Hertz  Foundation Doctoral Thesis Prize in 1992, a National Science Foundation CAREER Award in 1998, and the 1999 Distinguished Faculty Teaching Award from the Columbia Engineering School Alumni Association. In 2014, he was named Lau Family Professor of Electrical Engineering. He has been an Associate Editor of IEEE Transactions on Very Large-Scale Integration (VLSI) Systems and is currently an Associate Editor for the IEEE Journal of Solid-State Circuits and IEEE Transactions on Biomedical Circuits and Systems.  He is a Fellow of the IEEE.