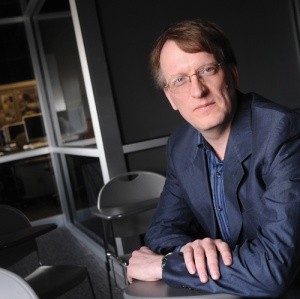 Professor Henning Schulzrinne received his undergraduate degree in economics and electrical engineering from the Darmstadt University of Technology, Germany, his MSEE degree as a Fulbright scholar from the University of Cincinnati, Ohio, and his Ph.D. degree from the University of Massachusetts in Amherst, Massachusetts. He was a member of technical staff at AT&T Bell Laboratories, Murray Hill, and an associate department head at GMD-Fokus (Berlin), before joining the computer science and electrical engineering departments at Columbia University, New York. He is currently chair of the Department of Computer Science. He is a division editor of the Journal of Communications and Networks, and an editor of the IEEE/ACM Transactions on Networking, and the Surveys and Tutorials, and former editor of the IEEE Internet Computing Magazine and IEEE Transactions on Image Processing. He is general chair of ACM Multimedia 2004. He has been a member of the board of governors of the IEEE Communications Society and of the ACM SIGCOMM executive committee, former chair of the IEEE Communications Society Technical Committees on Computer Communications and the Internet and has served as technical program chair of Global Internet, Infocom, NOSSDAV and IPtel. He also was a member of the IAB (Internet Architecture Board). Protocols codeveloped by him are now Internet standards used by almost all Internet telephony and multimedia applications. His research interests include Internet multimedia systems, quality of service, and performance evaluation. He serves as chief scientist for SIPquest, Inc. and was a former chief scientific advisor for Ubiquity Software Corporation. He is a fellow of the IEEE and has received the New York City Mayor's Award for Excellence in Science and Technology and the VON Pioneer Award.