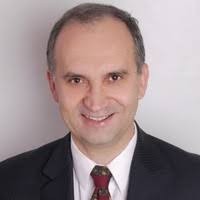 Dr. Calin has been serving as an Adjunct Professor of Electrical Engineering at Columbia University in New York City since the academic year 2009 - 2010.

He is a senior executive passionate about inventing the future and creating business value through emerging technologies and human talent. Areas of activities are at the intersect of information & communication technologies, 6G, AI, network softwarization, cloud computing and data science. Deeply engaged with the industry for over two decades, Dr. Calin is the Head of the Advanced Mobile Research Center at MediaTek USA, and the MediaTek’s Lead Research Scientist, 6G.

He started his career as a Senior Research Engineer with Motorola Research Labs, Paris, France, before joining Bell Labs in New Jersey. He led the creation and incubation of novel technologies from inception stage to field trials in customer networks and market adoption, and became a Bell Labs Fellow, being recognized ‘for bridging the gap between theory and practice with key innovations at the foundation of the first metro cell products, commercial wireless capacity planning services and network protocols optimization solutions’.

While at Bell Labs, he was affiliated with Lucent Technologies, Alcatel-Lucent, and Nokia, as parent companies. He held a variety of senior leadership positions in research, applied research, and management of research. He was a Sr. Director and the Edge Cloud Innovation Domain Leader at Nokia Mobile Networks’ CTO, with responsibilities for accelerating innovations in 5G, mobile network virtualization, mobile cloud computing, IoT, and verticals for adding business value to networks. He also spearheaded one of the fastest growing businesses with Nokia Enterprise, as the Head of private wireless networks for digital industries in North America. In this role, he leveraged his broad expertise on cutting-edge technologies to bring advanced industrial-grade private wireless solutions to markets. His team focused on the digital transformation of asset-intensive industries, including manufacturing, automotive, logistics, retail, transportation, energy, and utilities.

He received a M.S. degree in electrical engineering from the University Politehnica of Bucharest, Romania and a PhD (High Hons.) in computer systems networking and telecommunications from the Universitė de Versailles Saint-Quentin-en-Yvelines, France.