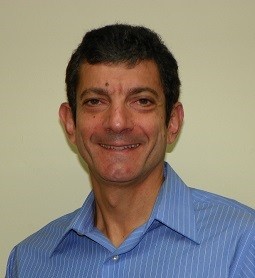 Professor Daniel Bienstock first joined Columbia University's Industrial Engineering and Operations Research Department in 1989. He received his PhD in Operations Research from MIT.  His research focuses on optimization and high-performance computing.  A second focus of his research involves the use of computational mathematics in the analysis and control of power grids, especially the study of vulnerabilities and of cascading blackouts.

Prior to joining Columbia University, Professor Bienstock was in the combinatorics and optimization research group at Bellcore. He has also participated in collaborative research with several industrial partners.  He has published in journals such as Mathematical Programming, SIAM J. of Computing and SIAM J. on Optimization, Math. of OR and Operations Research; and in conferences such as IPCO, STOC, SODA, CDC and Allerton.  He received the 2013 INFORMS Fellow award, a Presidential Young Investigator award, and an IBM Faculty award; he gave a plenary address at the 2005 SIAM Optimization Conference and a semi-plenary at the 2006 ISMP conference.