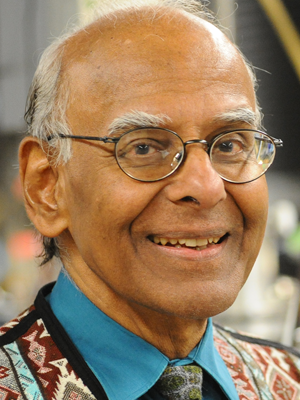 Amiya K. Sen was engaged in theoretical and experimental research on a variety of basic problems in plasma physics and some outstanding problems in the controlled thermonuclear fusion for many years. His research interests included studies of important plasma instabilities like trapped particle and ion/electron temperature gradient instabilities. He also worked on unique feedback control techniques of distributed parameter systems to stabilize these instabilities with first ever great experimental success. The critical unresolved problems of spectra of plasma turbulence and the consequent anomalous transport were investigated both theoretically and experimentally. He pioneered a new paradigm for plasma transport, which challenged the 50 year-old gold standard of Bohm/gyro-Bohm scaling.

He was a fellow of the American Physical Society and IEEE. He also was a consultant/advisor to the Lawrence Livermore National Laboratory, Princeton Plasma Physics Laboratory, U.S. Department of Energy, and the National Science Foundation. He received the Great Teacher Award of Columbia University in 1984.