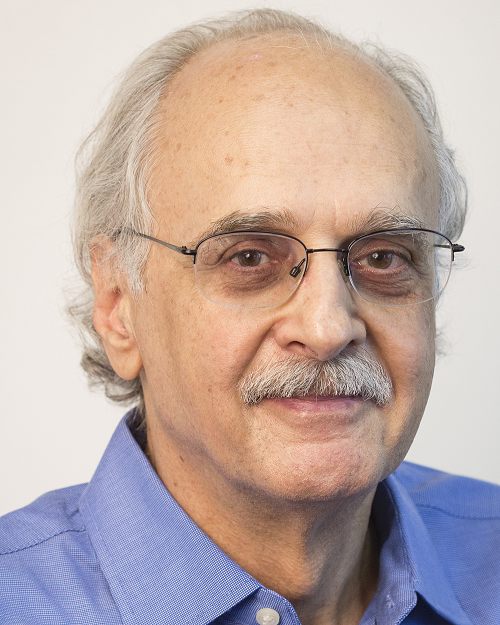 Yannis P. Tsividis is the Edwin Howard Armstrong Professor of Electrical Engineering. He received the B.S. degree from the University of Minnesota, Minneapolis, MN, and the M.S. and Ph.D. degrees from the University of California, Berkeley. Starting with the first fully integrated MOS operational amplifier, which he demonstrated in 1976, he has done extensive work in analog and mixed-signal integrated circuits at the device, circuit, system, signal processing, and computer simulation level. He and his students have been responsible for several contributions, ranging from precision device modeling and novel circuit building blocks to new techniques for analog and mixed-signal processing, self-correcting chips, switched-capacitor circuit theory, RF integrated circuits, mixed analog-digital VLSI computation, novel signal processing techniques and the creation of computer simulation programs. This work has resulted in several patents in several countries. He is the recipient of the 1984 IEEE W. R. G. Baker Prize Award for the best IEEE publication, the 1986 European Solid-State Circuits Conference Best Paper Award, and the 1998 and 2008 IEEE Circuits and Systems Society Guillemin-Cauer Best Paper Award. He is co- recipient of the 1987 IEEE Circuits and Systems Society Darlington Best Paper Award and the 2003 IEEE International Solid-State Circuits Conference L. Winner Outstanding Paper Award. He is a fellow of the IEEE. At Columbia, he has received the 1991 Great Teacher Award from the Alumni Association, the 1998 Distinguished Faculty Teaching Award from the Engineering School Alumni Association, and the 2003 Presidential Award for Outstanding Teaching. He received the IEEE Undergraduate Teaching Award in 2005, and the IEEE Circuits and Systems Education Award in 2010. In 2012, he was elected Professor Honoris Causa at the University of Patras, Greece, and in 2013 he received the Outstanding Achievement Award of the University of Minnesota. He received the IEEE Gustav Robert Kirchhoff Award in 2007. He is a member of the US National Academy of Engineering.