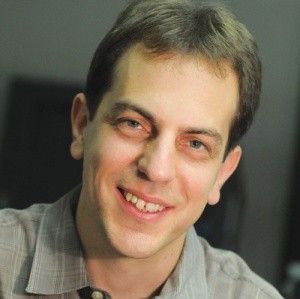 In 2008 he joined the faculty of the Department of Electrical Engineering at Columbia University where he is now a Professor. His research interests are in the area of networking, and in particular in the areas of wireless, mobile, and resilient networks. He has been an associate editor of IEEE Transactions on Control of Network Systems, IEEE Transactions on Wireless Communications and Ad Hoc Networks, the Technical Program Committee (TPC) co-chair of ACM MobiHoc'15, IFIP Performance 2011, and a member of a number of TPCs (including the INFOCOM, MobiCom, SIGMETRICS, and MobiHoc committees).

Gil received the Knesset (Israeli Parliament) award for distinguished students, the Marie Curie Outgoing International Fellowship, the Fulbright Fellowship, the DTRA Young Investigator Award, and the NSF CAREER Award. He was the PI of a team that won the 1st place in the 2009 Vodafone Foundation Wireless Innovation Project competition. He is a co-recipient of seven best paper awards, including the ACM SIGMETRICS / IFIP Performance’06 Best Paper Award, the 2011 IEEE Communications Society Award for Advances in Communication, and the ACM CoNext'16 Best Paper Award.