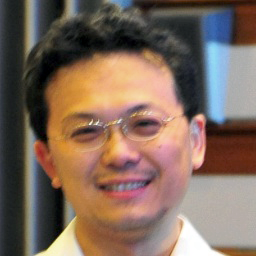 Dr. Ching-Yung Lin is the CEO of Graphen, Inc. since 2017 and an Adjunct Professor in Columbia University since 2005. Before founding Graphen, he was the IBM Chief Scientist (specialized in Graph Computing). His team realizes Artificial Intelligence of Full Brain functioning via graph technologies, inspired by human’s brain structure of a network of billions of nodes.

Dr. Lin led tens of worldwide large-scale AI projects for Government, Finance, Medicine, Energy, and Automotive industries since early 2000s.  He was recognized for hundreds of millions revenue for IBM by 2013. He was a keynote speaker in 50+ conferences, including being a co-panelist with the White House Chief Data Scientist in 2015, and in Federal Reserve, European Central Bank, etc. He has about 200 publications including 7 best paper awards. In 2010, IBM Exploratory Research Career Review selected Dr. Lin as a researcher "most likely to have the greatest scientific impact for IBM and the world.” He was named an IEEE Fellow in 2011, the first in Network Science.