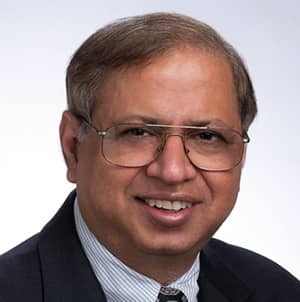 Krishan Sabnani is a networking researcher. He has made many seminal contributions to the Internet infrastructure design, protocol design, and wireless networks. He was Vice President of Networking Research at Bell Labs from Jan. 2000 to Sept. 2013. In that role, he managed all networking research in Bell Labs. Krishan retired from Bell Labs in Jan 2017.

Krishan completed his PhD at Columbia University. Upon his graduation in 1981, he joined Bell Labs, Murray Hill, New Jersey as a Member of Technical Staff and was promoted to Department Head in 1993. He was named VP of Networking Research in 2000.

Krishan has many awards such as the 2015 IEEE Sumner Award and the 2015 IEEE McDowell Award. He is a fellow of IEEE, ACM, and Bell Labs